The minke whale’s common name comes from the Norwegian whalers of the 18th century, called Meincke, who first hunted these cetaceans. Until that time, minke whales were not sought after, because they were “small” compared to other whales.

Minke whale are considered cosmopolitan animals, because we can find them throughout the oceans. Often solitary animals, they can form pods of 2-3 individuals.

The following are the world’s best places to watch minke whales in their natural habitat.

St. Lawrence Marine Park is known to house a permanent population of beluga. In addition, 13 other species of cetaceans visit the park during their seasonal migrations. You can choose from several options to go whale watching, from kayaking to viewing the whales from a large vessel, but always remember to respect these gentle giants.

Iceland is a little Arctic island populated with many wild and unspoiled places to visit. Minke whales, humpback whales, white-beaked dolphins, orcas and harbor porpoises visit this area because it is extremely rich in food. If you would like to spot these animals, you should go whale watching, spending a memorable half day on the open ocean. Although whale watching tours are run all year round, we recommend going during the summer months.

Gairloch is a village in the Northwest Highlands of Scotland. Minke whales are one of the major attractions of the local whale watching tours. These gentle giants often approach the vessel out of curiosity. The weather is always unpredictable, so it is recommended to wear layers and polarized sunglasses, always carry sunscreen and bring a camera, of course.

Best Time: May to October

15 different species of whales are found in these waters during their seasonal migrations. They arrive to this isolated island to eat and to accumulate body fat. If you want to see a minke whale, humpback and fin whale, the best time to make this journey is during the summer. However, keep the weather in mind. It can be very cold, so be sure to bundle up before your tour. Don’t worry; it’s worth it!

Wilhelmina Bay can be reached using large boats, but smaller boats are used for whale watching tours. This gives you the chance to get closer to the whales without disturbing them. The most frequent sightings logged in the area include minke whales, humpbacks and killer whales.

A gorgeous body of water that attracts both humans and marine life, the Sea of Cortez is the lifeblood of the Pacific. Some call it the “Aquarium of Mexico” because of the sheer number of marine species found within it. One of these species is the minke whale who travel here to give birth and breed from December to April. If you’d like to see these cetaceans, local guides provide tours on small boats, and due to the geography of the sea, you’ll only need to sail just offshore to be joined by minke whales and other whale species. During a half-day tour, you’ll get up close and personal with whales galore! 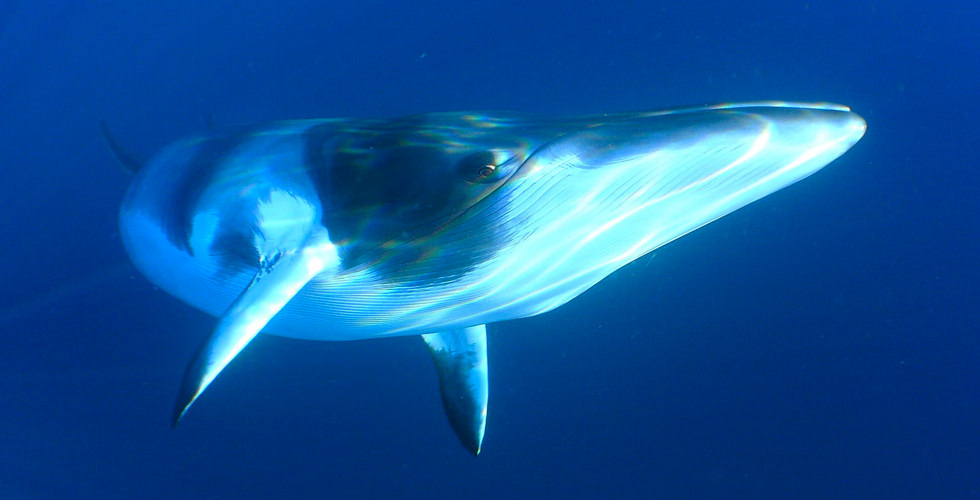 The Best Places for Swimming with Minke Whales

The following is the best place to swim with Minke Whales.

The Great Barrier Reef is about 1800 miles (3000 kilometers) long and 40 miles (65 kilometers) broad at its widest points. This wonderful marine ecosystem is home to more than 400 types of coral, 1,500 species of fish, dolphins, manta rays, turtles, dugongs and some types of whales.

Along this great Australian reef, there is an area, famous for diving, called the Agincourt Ribbon Reefs. Here you can sometimes spot minke whales, and, if appropriate, you can even swim with the whales too.

Visit the minke whale project website for more information about how to help these animals. 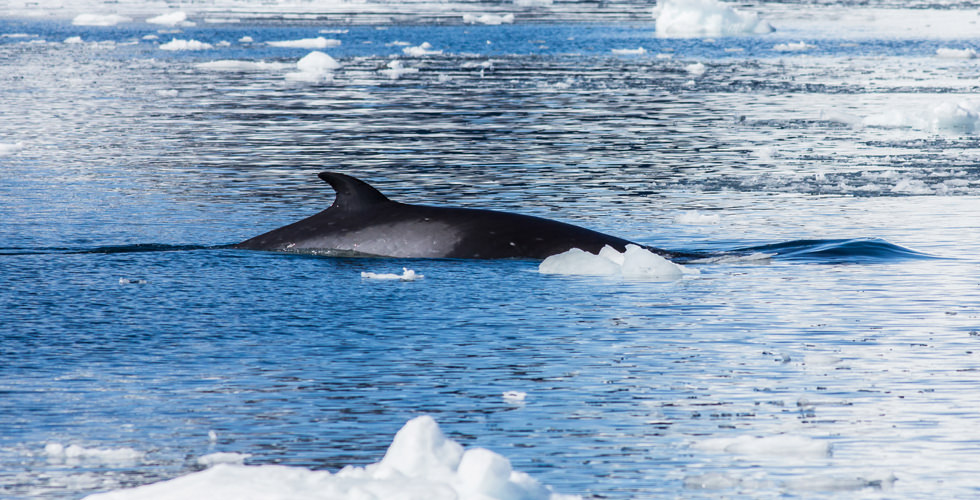 We always recommend following code of conduct while enjoying minke whale encounters. It’s the best way to respect these gentle giants. We strongly suggest verifying if the company providing your whale tour is registered and has a permit to do so. It’s the best practice to use eco-friendly companies. This will ensure you have the best possible experience while knowing the whales and environment are being respected.

How Big is a Minke Whale?

Minke whales are the smallest of the baleen whales, with an average length of 26 to 29 feet (8 and 9 meters).

How Much do Minke Whales Weigh?

How Long is the Gestation Period of Minke Whales?

How Much does a Baby Minke Whale Weigh at Birth?

How Long do Minke Whales Live?

Their lifespan is more than 50 years.

What do Minke Whales Eat?

Minke whales are filter-feeding animals. They primarily feed on zooplankton (krill) and small fish such as sardines, herring and anchovies.

How Often do Minke Whales Need to Eat?

Like most of the whales, minke whales need to eat as much as possible to accumulate body fat, which allows the whales to face long periods of migration and lack of food.

How Many Minke Whales are Left in the World Today?

We don’t have accurate data, but it is thought that there are about 800,000 of them. Currently, the population is stable.

Are Minke Whales an Endangered Species?

No, they are classified by the IUCN as “LC” (Least Concern).

How Fast Can Minke Whales Swim?

What Sounds Do Minke Whales Produce?

You can listen to the strange song produced by the dwarf minke whale here.

Where Can You Find Minke Whales?

These whales inhabit all the oceans of world. Therefore the minke whale is considered a cosmopolitan species. If you are curious, check out their home range map.

This article was written by Mario Passoni, a marine biologist involved in several projects concerning ocean conservation and education. Special thanks to Wayne Sentman from the Oceanic Society, Matt Curnock from the Minke Whale Project as well as Thalia Martinez.