Whale Watching and Swimming with Whales

Sea monsters, creatures of the deep, a source of food and sustenance, wonderful and charming animals... these names and more describe the relationship of whales to humans.

Such marine mammals have always left us curious, probably because they live in the sea (which already in itself is a mysterious environment), but also because they are huge.

Let’s dive into the magical world of whales in order to discover where to see and swim with them. 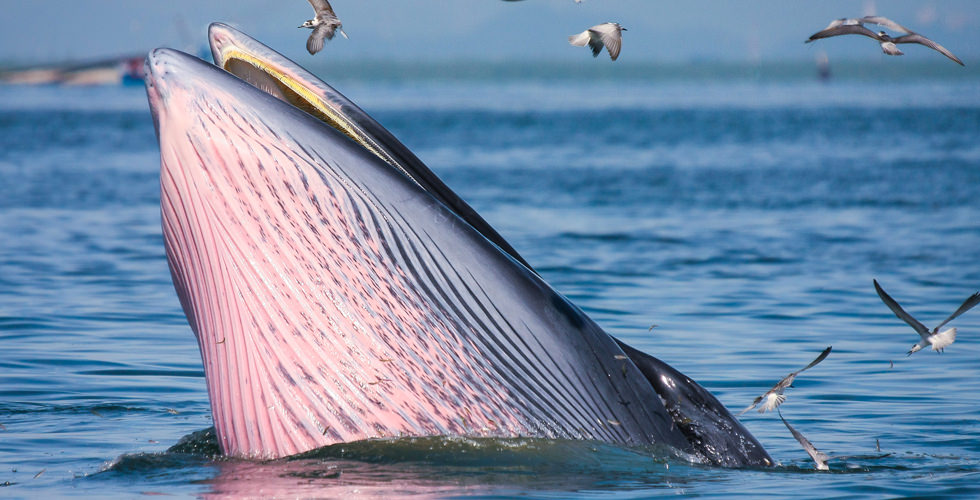 Whales are marine mammals. They spend their whole lives in the sea. Unlike fish, whales don’t have gills. They must breathe through a blowhole, a dorsal opening which is the equivalent of a nostril.

Under their skin, there is a surface layer of fat (called blubber) which allows them to withstand very low water temperatures. Their bodies are adapted to marine life.

The shape of a whale is hydrodynamic and very similar to that of a fish, but their tails, for example, are horizontal while the tail fins of fish (including sharks) are vertical. In general, whale females are slightly larger than males.

Whales are migratory animals. Some whales move in groups (called pods). The majority of whales spend their time in the cold waters of the polar seas, which are full of food. When the water temperature becomes too stiff, whales move to the tropical seas, where they give birth and mate. For example, gray whales migrate every year from Alaska to Mexico and back.

What does a whale eat? No humans for sure… ;)
Baleen whales have baleen instead of teeth. The baleen is used to filter huge amounts of plankton. Toothed whales feed on larger prey such as fish and squid.

How often do whales need to eat?

Normally whales feed in abundance in the cold waters near the poles and stop feeding when they reach warm, tropical waters for the mating period, surviving thanks to the fat previously accumulated.

Do you know why whales sing? The sounds produced by these marine mammals are different from species to species. They can groan, moan, roar, sigh and emit high pitched squeals. They sing to navigate, to communicate, to signal their presence or to warn other whales about predators.

Toothed whales are also able to use echolocation to navigate and find their prey. While we may not know everything about these huge creatures and the sounds they make, what is certain is whales are intelligent and very social animals. It will certainly be interesting to find out the meaning of these sounds.

For example, killer whales "speak" a dialect which varies from family to family (made up of 6-7 specimens). And blue whales produce very loud sounds, which are thought to be heard up to 1,600 km (1,000 miles) away!

Did you know that bats and toothed whales have something in common? No, nothing to do with vampires... Both groups use echolocation. They emit sound waves which provide them with a mental image of their surroundings.

This echolocation is found in toothed whales and can be used to hunt at night, in poor visibility conditions or at great depths where there is no light.

There is one exception: a recent study has shown that humpback whales (which are not toothed whales) emit a sound (called mega-click). The emitted noise is very similar to sounds used by dolphins during echolocation. This discovery, however, remains to be confirmed and requires further research. 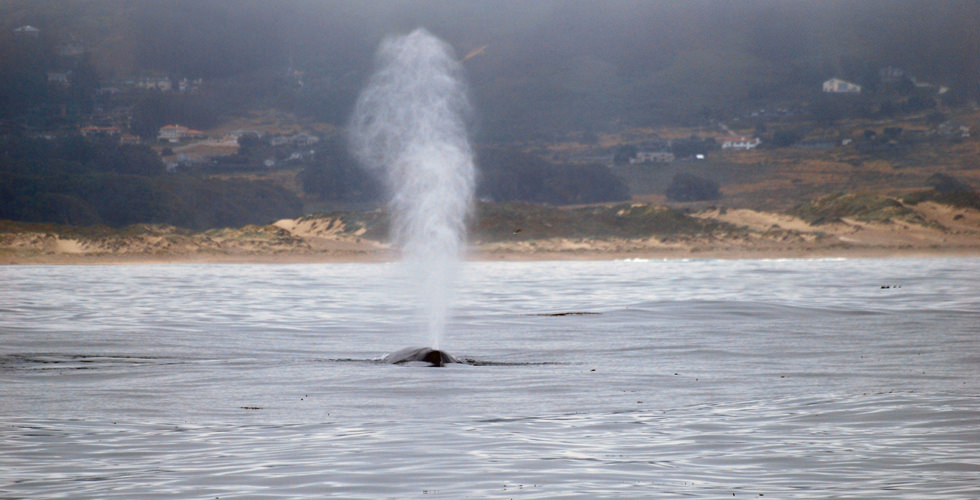 A very common question about cetaceans is: How do they sleep?
To answer this question, we should remember that these animals live their whole lives in the water.

If you fall asleep in the water, what would happen? Certainly you would risk drowning.
The same goes for whales, which unlike humans, are conscious breathers. So their body is able to perceive when the level of oxygen in the blood is low and when it’s therefore time to breathe.

These animals put half of their brain to sleep, leaving the other half conscious and able to identify obstacles and dangers. After a variable period, the cetaceans wake up the sleeping part of the brain and the remainder of the cerebral hemisphere. Hence the term "half asleep.” 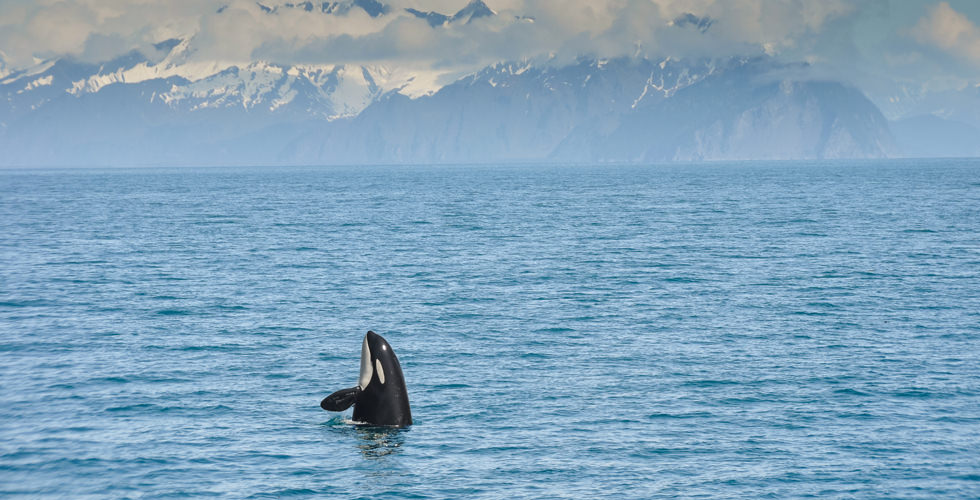 Sometimes whales emerge out of the surface of the sea in a vertical position, taking their head out of the water. This unique and interesting behavior allows whales to observe the outside world. It’s called "spyhopping”.

Whale watching is an activity that allows you to watch whales in their natural habitat, straight from the boat using just a pair of binoculars. Such interaction with these big mammals has been very successful in the last half century.

There are many advantages to whale watching, such as the possibility of being able to admire these whales all over the world and the possibility of collecting data about whales and their habitat. Obviously, it must be done seriously, and there are rules to follow.

Check out the following resources for a list of the best places in the world for whale watching: 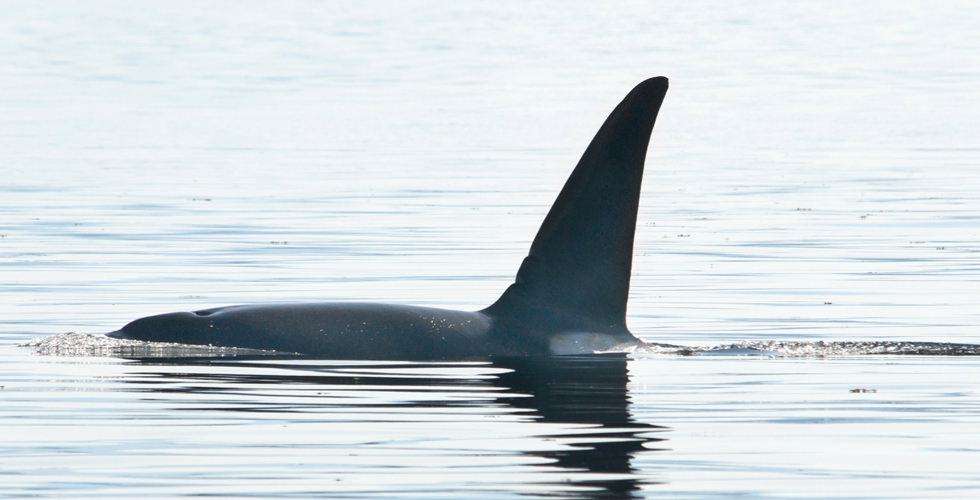 How to Identify a Whale

Being able to identify a whale in the open sea can be very complicated. For example, the sea can be very rough, and cetaceans may surface for only a few moments at remarkable distances.

To recognize them, experts recommend to first be aware of which whales live in that area. In this way, the number of possibilities is limited, and there will be fewer mistakes.

Then it’s important to evaluate the size of the animal, which can be classified as small, medium or large.

In addition, you should pay attention to how they dive (e.g. the movement of their fluke), to how they emerge and to how they breach (e.g. the humpback whale can jump completely out of the water). It’s also important to note if your whale is solitary or living in a group, because this behaviour can vary from species to species. 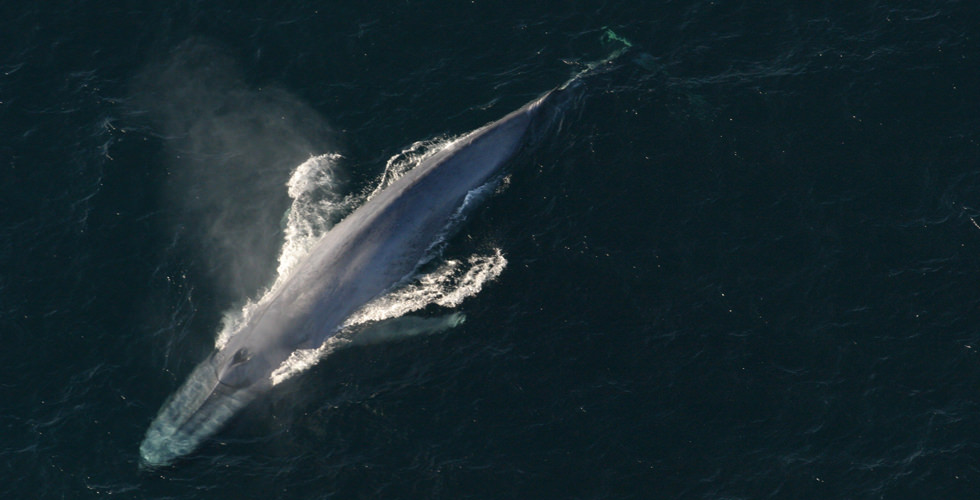 There are many hazards to the survival of whales. Unfortunately, almost all of these are due to humans. Over the centuries, we have hunted whales (whaling), initially for sustenance then to use the oil extracted from their body (for lamp oil, lubricants, etc.) and then again for their meat.

Nobody knows exactly how many have died, but it is estimated that from 1930 to 1986 50,000 were killed per year (2.8 million in all), and from 1986 to 2009, when whaling was monitored by the WWF, 33,561 whales were killed. Despite the existence of laws against whaling, Japan, Norway and Iceland are still hunting these creatures.

Other causes of illness and death are: