Sperm whales (Physeter macrocephalus) are easily recognizable as they have a big head (covering 1/3 of the body). Inside this massive head, there is an oily liquid called spermaceti. In the past, whalers confused this liquid for sperm, and for that reason, they called these whales sperm whales. The function of the sperm-like liquid is still uncertain, but many researchers believe it aids their buoyancy or echolocation (by expanding sound waves).

Sperm whales have the largest brain of any whale and can dive up to 3,280 feet (1,000 meters) deep to hunt for giant squid and fish. This “free-diving” can last up to 90 minutes, and once back to the surface, the whale breathes for several minutes.

Only the lower jaw is equipped with conical teeth, while the upper jaw has cavities in which the lower teeth are inserted when the mouth is closed. The shape of the teeth suggests that these whales don’t use them to bite or tear their prey. Rather, researchers think that sperm whales swallow their prey whole.

The females of this cetacean can form pods of 15-20 (including calves), while males are more solitary animals.

Furthermore, sperm whales produce a substance called ambergris, which is simply vomit. Ambergris has been and still is used in perfumes and essences.

The following are the world’s best places to watch sperm whales in their natural habitat.

This cold and beautiful island offers the opportunity to participate in excellent whale watching. Here you can observe humpback whales, minke whale, sperm whales, killer whales and dolphins. The area’s whale watching excursions last half a day and, although you can see whales all year round, we recommend going between May and August.

Pico Island is one of the 9 islands in the archipelago of the Azores, located in the Atlantic Ocean. Every year these waters host about 20 species of cetaceans, including sperm whales, blue whales, fin whales and dolphins. After an introductory briefing, your whale watching tour will begin. Some operators even use a hydrophone so that you will be able to hear the whales in addition to seeing them.

In this small town, located on the east coast of the South Island, whale watching tours are a major part of the tourism industry. These boats travel the high seas in order to spot large cetaceans such as sperm whales and humpback whales. Sperm whales travel in groups in this area because of the currents that make the waters rich in food. These excursions last 3-4 hours and will give you unforgettable memories. Furthermore, this trip is most suitable for those who love both the sea and the mountains.

In northern Norway is the village of Andenes, which has a long tradition of fishing but is now famous for whale-watching. This is the best place to join a whale watching tour as it is the closest point to the region where sperm whales are often spotted. During Norway’s summer, you can see sperm whales, killer whales and pilot whales.

Best Time: Late May to Mid-September 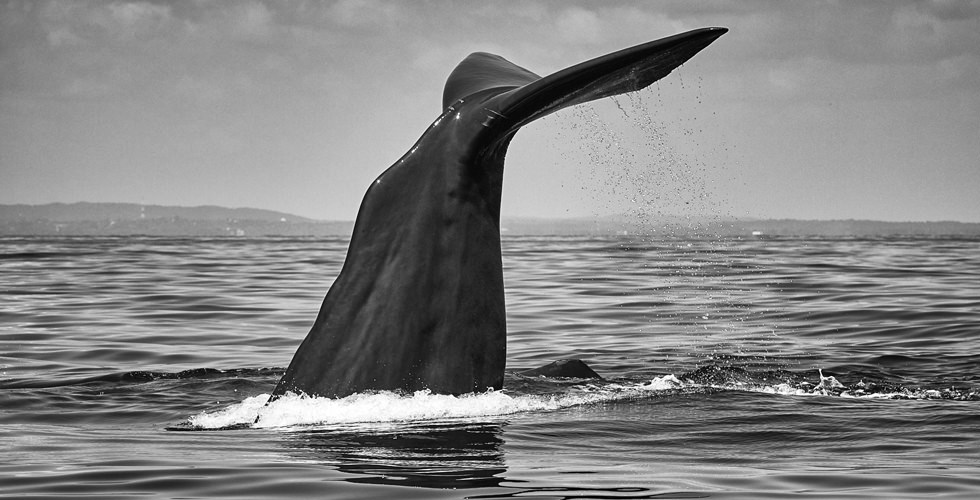 The Best Places for Swimming with Sperm Whales

The following are the best places to swim with sperm whales.

Of volcanic origin, the enchanting Commonwealth of Dominica, is 290 square miles (750 square kilometers). Worthy of note are its marine environments, which are of particular interest for scuba divers. It’s possible to do both whale watching and swimming with sperm whales nearby. Swimming is limited to a few people at a time, so it is necessary to obtain special permission to do so. The local government is trying to preserve and protect these animals. In addition to sperm whales, you might see pods of dolphins and false killer whales.

Would you like to see sperm whales, blue whales, dolphins and other amazing sea creatures? You should visit Sri Lanka and go to Trincomalee, a beautiful town on the eastern coast. From this sleepy beach destination, half-day whale watching tours depart year-round, but the best time to swim with super pods of sperm whales is in February and March. Do not miss the opportunity to discover a fascinating tropical island and participate in some of the world’s best whale watching and swimming.

We always recommend following the code of conduct while enjoying sperm whale encounters. It’s the best way to respect these gentle giants. We suggest verifying that the company providing your whale tour is registered and has a permit to do so. It’s also best to use eco-friendly companies. This will ensure you have the best possible experience while knowing that the whales and environment are respected.

How Big is a Sperm Whale?

How Much Do Sperm Whales Weigh?

They can reach a weight of 35-45 tons. In this species, females are smaller than males.

How Long is the Gestation Period of Sperm Whales?

How Much Does a Baby Sperm Whale Weigh at Birth?

How Long Do Sperm Whales Live?

Their lifespan is about 70 years.

What Do Sperm Whales Eat?

They can eat up to a ton of food per day! Their favorite meals include large squid, octopus and fish!

How Often Do Sperm Whales Need to Eat?

There is no precise answer to this question. Usually, there are two phases in the life of a whale every year. During the first phase, the whales eat as much as possible to accumulate fat and energy. During the second phase, the whales do not eat, instead focusing their energy on mating rituals.

How Many Sperm Whales Are Left in the World Today?

At the moment, it’s quite difficult to know the number of sperm whales, but the population is estimated to be around 100,000. Their current population trend is unknown.

Are Sperm Whales an Endangered Species?

No, but they are considered “VU” (Vulnerable) by the IUCN.

How Fast Can Sperm Whales Swim?

Their big tail allows them to reach speeds of about 23 mph (37 kph).

What Sounds Do Sperm Whales Produce?

Listen to the sound that they produce in order to echolocate.

Where Can You Find Sperm Whales?

Take a look at the home range map of sperm whales.

This article was written by Mario Passoni, a marine biologist involved in several projects concerning ocean conservation and education. Special thanks to Wayne Sentman from the Oceanic Society as well as Thalia Martinez.